Snails were first brought to the United States in the 1850’s for the purpose of making escargot. It was to be a lucrative venture. The average number of eggs laid by the mother is 86 and there can be as many as 120. In warm moist weather, eggs are laid as often as every 30 days. Once the eggs are laid it takes about 2 years for the babies to reach maturity.

While doing gardening chores, one will invariably find snails in proliferation, especially wherever there is irrigation in a non-freezing zone. As slow moving as these slimy creatures are, one wouldn’t expect them to think, but only to somehow sense shade and moisture. However, slow movement is conducive to thought. A snail, before the approaching sun and especially in the sun, must think carefully about how it will safely hide.

In a non-violent, but rather experimental mood, I removed a couple of snails and placed them nearby in the sun, one behind the other. I hoped they would go immediately into their shells. To chickens, I would give the not so pleasant task of taking life, as I prefer homegrown eggs to escargot. Squashing them, to make instant fertilizer, I have managed quite well, but I do not readily choose this rather cruel and disgusting task. A kinder method is to roll snails into the street where they will go into a deep state of rest, before being run over.

Snails would prefer to drown in beer. An old bowl or pie tin filled with beer and set into the ground makes a perfect trap. Most snail bait is highly toxic to children, pets and birds. Pellets look like food. Excessive amounts are typically applied and they are ineffective for killing snails after they get wet, which is when the snails come out. Some are not as toxic and some use iron phosphate, a fertilizer, as an active ingredient.

Prevention is always best. Snails will not cross a 1″ wide strip of copper. These strips of copper are sold in hobby stores and are used by stained glass artisans. A snail will also not pass over wood ashes or diatomaceous earth, but these ingredients wash away and diatomaceous earth is considered carcinogenic. Racoons, opossums and especially skunks like to eat raw escargot and grubs. Welcome them, but keep the coons out of your fruit trees or fishponds.

My two snails knew that being on a small porch in the sun was a very vulnerable situation. They were now out to “save their own skin”, or in this case their own slime. The rear snail maneuvered quickly. Aggressively, it crawled upon the other to save its own effort and slime. The mounted snail knew immediately that carrying its own weight would increase expenditure of effort and goo by two. With an adept athletic maneuver, the bottom snail made an abrupt turn towards the sun, and dumped the other one. Individual tracks to the shade were now being laid.

Wanting to see more snail craftiness, I reversed the order and put the snails onto a narrow ledge. The stronger, quicker snail was now behind the free loader, but was not about to be held up in the sun by its nervy companion. This tougher animal, moving forward with great momentum, was able to flip its rival nearly off the ledge, while pulling itself promptly into the shade. That was a quick match, and being so entertained, I decided to try a third scenario.

This time instead of putting them in a narrow strip of sun next to the shade, they were deposited on a broad open sunny porch. The smarter snail decided to take a little break inside its shell, so as not to be in position for giving any free rides. After a couple of minutes, I took the other snail out of its shady nook, and put it directly in front of the smarter snail that was just starting to move and not expecting any hindrance. The battle that ensued was furious. After a slimy battle, they both tired and had to retreat into their shells. Engrossed in a somewhat mischievous attitude, I took them with me to their next dilemma….

Unable to encounter any chickens or ducks, and behaving oddly in both kindness and cruelty, I decided to deposit them into a situation at the bottom of a garbage can. In the garbage can were a few small chunky construction items, surrounded by an impassable moat of coarse material that looked like cat litter. The coarse material would prevent their tender bodies from getting to the sides of the can and crawling out. I figured they wouldn’t have much chance of getting away, and I wouldn’t need to squash them. I left them, and went about my business. Before long, I needed to toss another item in the trash and found that a narrow piece of trim had somehow been toppled, thereby providing a bridge and escape route. The snails were gone and undoubtedly eager to slime their way into my garden. They of course would wait for the cover and moisture of night and I would be up early looking for them.

The moral of the story is – watch out for clever treacherous snails. If you can’t get up early to hunt for snails still out and about, put your leftover beer in a throw away tray. If you’re often away to work or play, and cannot stay to keep snails away. Remember the copper strip if your on a trip. Instead of snail’s trails, turn the snail pail into eggs or chicken legs. 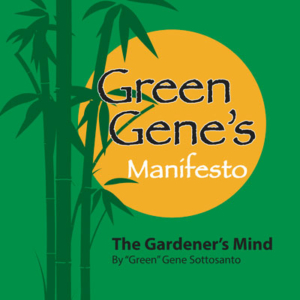